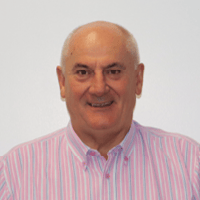 Allan was born in Bristol and trained as an Architect at Birmingham School of Architecture where he qualified in 1981, becoming a partner in practice in 1983.

He set up Pinnegar Hayward Design in 1992, as founding partner, undertaking a mixture of architectural projects ranging from industrial, commercial, residential, and educational, and in particular work in the further education sector.

Allan has lived in Walsall for nearly thirty years with his wife and four children. His general interests include going to the theatre, walking, playing golf and enjoying family life.