The arrival of his second child spurred Sam into taking the leap from a job as a delivery driver to joining Dudley Council as an apprentice mechanic.  Having worked with the fleet team for just over a year, he is now hoping to gain a permanent role as a qualified mechanic.

“My apprenticeship has helped me get the career I’ve always wanted,” said Sam. “I feel able to turn my hand to any task that comes up.”

Sam admits he had doubts about leaving a well-paid job for a trainee position on a salary he’d been earning years earlier.  However, the desire to pursue something more career-focused has made it all worthwhile.  The opportunity to learn new things was appealing too.

The 30-year-old grew up with a passion for bringing car parts together and building vehicles up from scratch.  While this has been an advantage, Sam has had to get to grips with the differences in heavy goods and light vehicles, such as the braking systems.

“My role is turning out just as I hoped it would,” said Sam.  “There’s a lot of variety.

“While I can probably do some of the work now with my eyes closed, there are still things I haven’t done before.  In these cases, I’m encouraged to take the initiative and work out any problems for myself.  Or, I’ve been supported by colleagues who I’ve shadowed.  I find both approaches useful.” 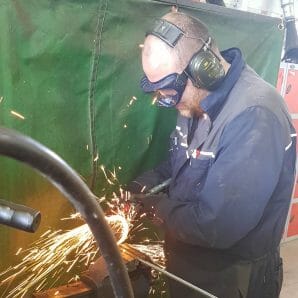 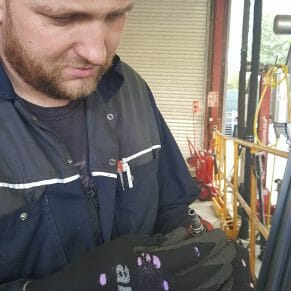 During his apprenticeship, Sam has experienced what he describes as the ‘juggling act’ of keeping up with a full-time job, studying, family life and other commitments.  Lockdown has also meant he has experienced both college-based and online learning.

Through all this, he has still managed to finish his assessments ahead of schedule.

“The study side of things had its challenges, but I managed to make it happen,” said Sam.  “I had expected to just show my assessor everything I could do, rather than have to talk about it in detail or put it down in words.  It’s this active approach that makes an apprenticeship so appealing to people, myself included.

“But I’ve proved to myself that when I put my mind to it, I can do it.  And now I’m in a great position to achieve my qualification and progress.”

Having considered apprenticeships in the past, Sam adds that he is glad these training programmes are now available to everyone.

“I couldn’t be happier with my change of job,” Sam continued.

“This is a good place to work.  The team here are all knowledgeable.  We’re a mix of ages, even among the apprentices like myself.  It means we all bring something different to the table.”

Apprentices playing their part at PP Control and Automation

Receive up to £2,000 for hiring a new apprentice