Studied: Level 2 Plumbing while working as an apprentice for Taylor Wimpey

Jacob Allen is proud of the career firsts achieved in his apprenticeship so far.  These include fitting a radiator, boiler and an entire bathroom on his own.

“I really enjoy the work,” said Jacob, who joined Taylor Wimpey in summer 2018.  “I’d always wanted to be in a hands-on role.  My job gives me the chance to be on site and keep active.”

Jacob had his heart set on working for a major construction employer from the start of his career.

“Spending four days on site and a day in college works well for me,” he said.  “I’ve worked on lots of new builds in Shifnall, Codsall and Worcester.

He continued: “I get to do a bit of everything.  First fixing, second fixing, guttering and down pipes.

“I learn on the job; seeing how something is done and then doing it for myself.”

At college, Jacob has more time to improve on some of the skills he uses on site.  He also gets to study the principles of plumbing theory.

“Day release is a different way of learning,” said Jacob.  “It all helps.

“The college tutors are really good.  And it’s fun working with other plumbing apprentices.”

After achieving his Level 3 qualification, Jacob is hoping to secure a permanent role with Taylor Wimpey.  Then he is keen to work towards a role as a trainee site agent, followed by site agent.

How technology is changing the face of construction 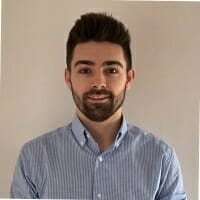