Yes, you heard right.  Higher education media students and college staff are 12 months ahead of the rest of us as they have been busy making a Christmas anthology film ready for next year.

Advent consists of three festive tales which lecturer, David Hastings and technician, Kaush Patel started filming in October, with help from students past and present.

These include former students, Rebecca Charlie Duckerin and Joshua LA Baggott who took on some of the directing and camera duties.  Three HNC and HND students are also part of the production team.

Some of the scenes recently filmed star the actor, Arthur Bostrom, best known as Officer Crabtree from BBC’s ‘Allo ‘Allo. 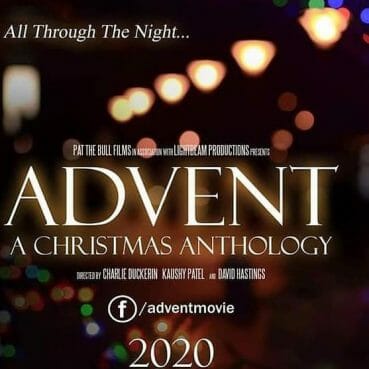 Talking about the film, David Hastings said: “Advent is a way for our current students to experience the art of film-making with veterans like myself and Kaush, plus former students new to the industry.  Hopefully this will provide them with a mixture of creative perspectives.  And it demonstrate how artists can work collaboratively to realise their vision.”

Further information about the film and how to get involved in the production can be found on Advent’s Facebook page.

Cracking the code to a career in IT, computing and digital technology

Progression plans all wrapped up for business and law students

An on-screen turn for apprentice, Lauren