A business administration apprentice training at Walsall College has combined her love of acting and of the festive season with a star turn in Tesco’s Christmas advert.

Lauren Beardsmore who works at Enoch Evans in Cannock appears in the one-minute advert as part of a family of five about to enjoy a festive feast.

A model and actor in her spare time, the 18-year-old who is represented by LCA Actors,

filmed the advert in early October following a successful audition.  The experience has left her eager to enjoy more on-screen opportunities in future while progressing further in her legal administration career.

“I loved filming the advert,” said Lauren from Burntwood.  “Growing up, I’ve had roles in a few different things, including some short films, a CBBC show and another commercial, but this Tesco advert is my most high-profile appearance yet.

“I’m a huge fan of Christmas so this was a dream role.  The three days of filming I was involved in were such fun that I’m keen to do something like this again.” 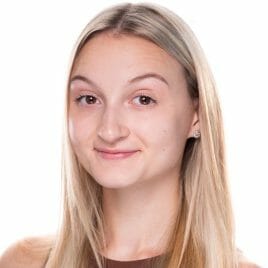 Lauren is equally as passionate about her Apprenticeship and her future career in the law and legal sector.

“My interest in the law has grown through this Apprenticeship and there are lots of avenues I can take after this,” continued Lauren.  “I was initially attracted to it as I wanted to do something hands on and different, where I could I feel I was progressing all the time.

“The Apprenticeship has not only been a positive experience for me, it has helped me grow in confidence, gain social skills as well as a lot of knowledge.  I personally believe I wouldn’t have gained these skills if I had been in sat in a classroom with a textbook every day.

“I’m excited for next year when I will have achieved my Level 3 qualification.”

Progression plans all wrapped up for business and law students