HND Media students from Walsall College filmed an action-packed short film featuring a team of stunt people who have worked in both Hollywood and Bollywood.

Filming took place at the College’s Wisemore Campus, which was organised by the Level 5 students as part of their studies.

Working to a live brief, the students were tasked to organise the shoots, work with the team and edit a final ‘behind-the-scenes’ featurette on the stunts. The 2-day filming featured 12 stunt people, who have appeared in many films and TV series, including BBC’s The Bodyguard. 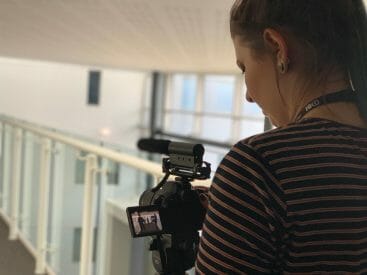 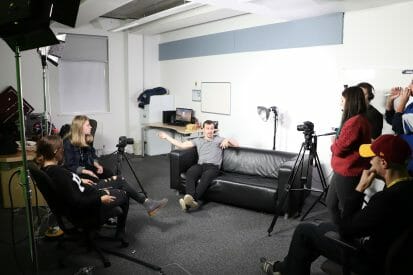 The team performed a wide range of choreographed scenes, and worked with the college and the local police to ensure that the scenes were carried out safely. The final film, which has the students’ names in the rolling credits, will be showcased to Hong Kongese actor Jackie Chan, who has starred in Hollywood productions including Rush Hour and Kung Fu Panda.

19-year-old Georgia Parkins, one of the students, said: “It was an amazing experience seeing all the stunt work. It was a privilege to be there in rehearsals, help to light certain scenes and develop more awareness of safety on a working set.” 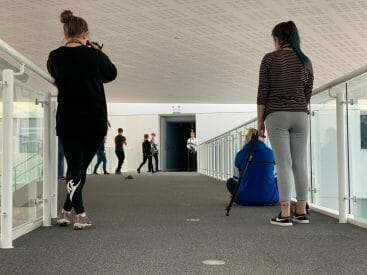 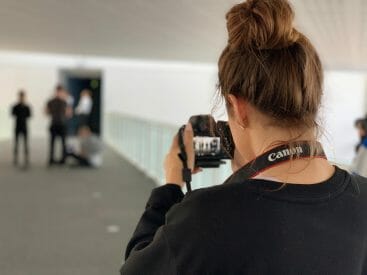 Christine Taylor, Curriculum Manager for Media, said: “This has been a fantastic work experience opportunity. It has not only enhanced the learners work experience requirements, but also allowed them a unique and innovative look into stunt work alongside other professionals in the industry.

We’re very proud of the learners and their commitment to the project, which has enhanced their own producing skills and work, as well as giving them a wealth of distinctive experience they can take forward into their own careers.”

Walsall College offer Media courses at Levels 2 and 3. To find out more, take a look at our V6 Couse Guide, which can be picked up from either of the college’s campuses or downloaded online.