Walsall College fell silent on Friday 9th November as hundreds of Public Services students held a special Remembrance Parade to mark 100 years since the end of the First World War.

Staff and students from across the college gathered in the atrium of Wisemore Campus and lined every available balcony to observe a two minute silence at 11am. The poignant ceremony helped pay tribute to all those who have given their lives in all wars, both past and present, and to reflect on their sacrifice.

A remembrance video was played before the ceremony while a live bugler marked the beginning and end of the two minutes silence. 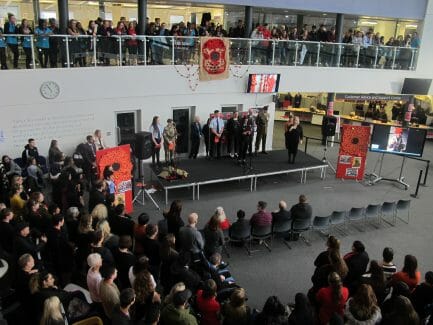 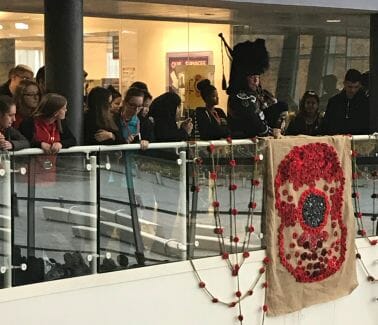 There were also readings around the two minutes silence as the college joined in with tributes being made at military bases, churches, schools and town halls across Britain to mark Remembrance Day.

In the lead up to the parade, students at the College’s Wisemore and Hawbush campuses were encouraged to write a message of remembrance and thanks on paper poppies and medals, which were placed on a display to showcase the bravery of family members who served during the war and later conflicts. 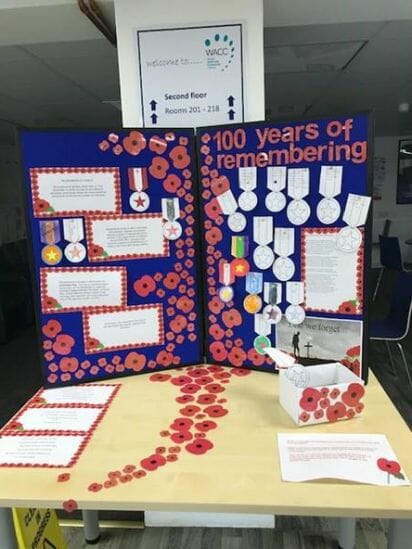 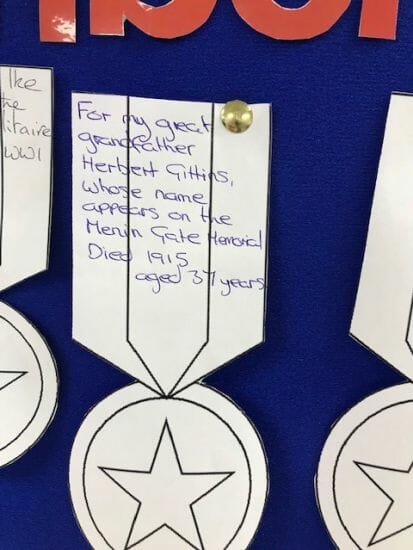 As part of a research project, Level 3 Health and Social Care Students put together a display that showcased the advancements of health and social care over the last 100 years.

During the two-week project, students conducted research on what health and social care services were like during the first world war, as well as the decades that followed. 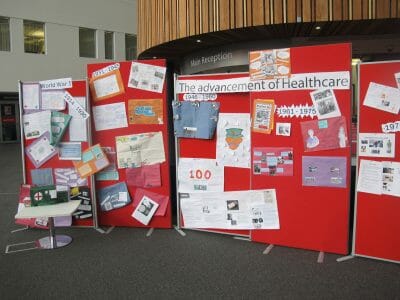 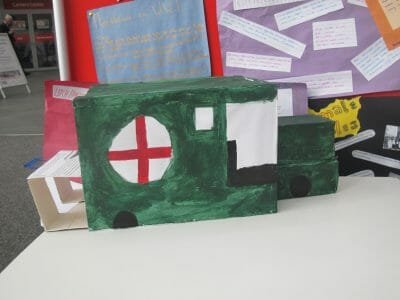 Adam Comery, Curriculum Manager for Public Services at Walsall College, said: “Armistice Day is an opportunity for everybody to take a few minutes out of their daily lives to remember those who have sacrificed their lives for our freedom.

“It is vital that this is continued year after year to honour the memory of our war heroes and ensure their bravery is never forgotten”.

“The team were very proud of the students and the way they paraded. For many of them this was the first time that they have formally demonstrated their respect and appreciation for Services Personnel who have lost their lives and it was a very moving ceremony.”

Walsall College offer Public Services courses at Levels 1 to 3. To find out more, take a look at our V6 Couse Guide, which can be picked up from any of the college’s campuses or downloaded online.

What we love about our Health T Level programme

Primary school parents head back to the classroom