Walsall College has named a beauty student whose life changed when she lost her leg in a car accident as their V6 student of the year. Rebecca Newton is set to pass her beauty therapy course with flying colours, despite missing seven weeks of college while she recovered from surgery and other injuries.

“The support I’ve had from everyone since the accident, especially from the college has been overwhelming,” said Rebecca.

The car accident happened to the 18-year-old in January outside Tesco Extra, Walsall.

She was air lifted to hospital and put in an induced coma, undergoing hours of surgery to remove the lower half of her left leg.

“What happened to me was life-changing,” Rebecca continued. “Being in college was the one way I could carry on being the person I’ve always been – spending time with friends and working towards owning my own salon.

“I’m honoured to have won this award. It’s a way of showing me how far I’ve come and how far I can still go.”

Although she was keen to return to college almost as soon as she woke up from surgery, Rebecca completed weeks of treatment and in-depth physiotherapy. This included recovering from a broken arm.

On top of her studies, she has been putting her efforts into raising £40,000 for a prosthetic leg with a battery-operated knee so that she will no longer have to rely on a wheelchair to be mobile. She recently raised over £150 at Tesco Extra Walsall through public donations, painting nails and applying glitter tattoos.

Rebecca will return to the college in September to progress on to the next level of her studies.

The brave student received her award during Walsall College’s V6 Student of the Year awards ceremony, which honoured the achievements of 23 students from different subject areas.

Jatinder Sharma OBE, Principal and Chief Executive of Walsall College said: “Rebecca fully deserves this award. By overcoming such adversity and doing so with real determination is something we can all take inspiration from. These qualities will prove invaluable as she further develops her professional and enterprising mind-set. We’re confident she will go on to do great things.”

Guest speaker at the event was Major Sylvia Parkin MBE TD JP, Deputy Lieutenant of the West Midlands. During her address to the award winners, guests, college staff and governors she talked about the importance of showing persistence, finding mentors for professional and personal support, being happy, as well as finding and following a passion that motivated them. 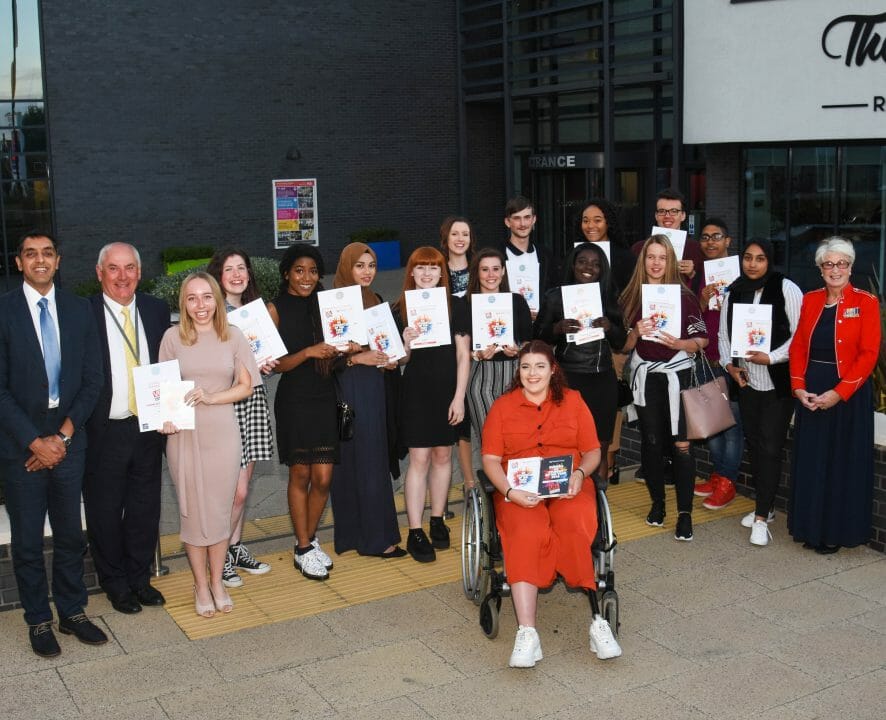 Jatinder Sharma added: “The V6 awards provide a snapshot of the many ways that our students have excelled on vocational programmes; becoming more capable, confident and career-focused.

“All our winners are continuing their studies here and at university, with some having gained employment. We know that their thirst for learning and professional work ethic will lead them to many more rewarding opportunities.”

He added: “It’s been a joy for us to support them and celebrate their success so far.”